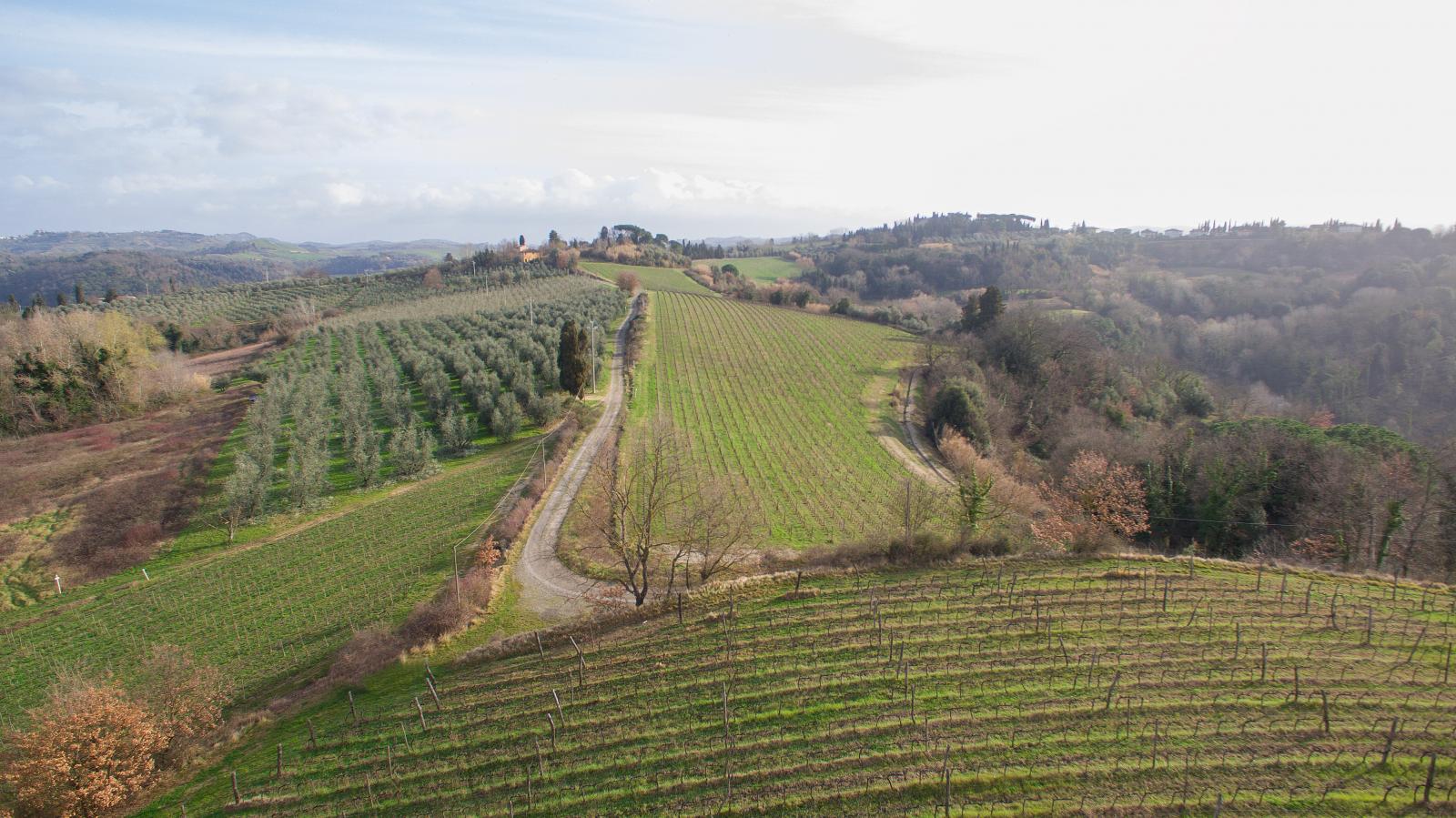 Located along the coast of Tuscany in the Colline Pisane area, south of Pisa, Tenuta di Ghizzano has been in Countess Ginevra Venerosi-Pesciolini’s family since the 1300s. Here, the family has cultivated vines, olive trees, and grains with a deep respect for tradition and terroir for centuries.

But while the estate’s 26 generations of family tradition are alive and directly influential on the winery today, Venerosi-Pesciolini has also been deeply committed to innovation since taking over as the winery’s director, winemaker, and proprietor in 1996. Now, Tenuta di Ghizzano is one of Tuscany’s foremost biodynamic wine producers, known for its environmental commitment, vision, and of course, high-quality wines.

With the goal of bringing the estate into the 21st century, Venerosi-Pesciolini launched the farm’s first organic conversion nearly 20 years ago; the estate has been organic since 2003 and certified biodynamic since 2018. Although removing the use of organic fertilizers, as well as herbicides, insecticides, and fungicides seemed like a radical idea at the time, it was actually a return to the way Venerosi-Pesciolini’s family farmed hundreds of years ago.

“I try to allow my wines to express their terroir as purely and as honestly as possible,” says Venerosi-Pesciolini. Interestingly, when she took over 25 years ago, the best locations on the 270-hectare property were occupied with olive trees, which she decided to replant with vines. “I wanted to understand if my terroir could give something not only good, but particular to the place,” she adds. “To do that, I had to reorient.” Today, the main grape varieties planted are Merlot, Sangiovese, Cabernet Sauvignon, Cabernet Franc, and Petit Verdot.

The rows are now sown with 30 different varieties of seeds to introduce natural, nitrogenous substances and allow the soil to breathe. Now 200 meters above sea level, this Tuscan hillside was once covered by the sea, with sandy clay and limestone soils, rich in fossil shells as a result. All wines are hand-harvested and foot-trodden, a tradition that Venerosi-Pesciolini believes improves quality and tannin extraction.

The turn towards biodynamics has shown measurable quality improvements. The vines grow straight up, and the leaves are healthier and richer in color. The soil retains more moisture, and there is an increase in the grapes’ ripeness and tannin quality. The wines are more vibrant, with a longer drinking window and more pronounced floral character, giving a clearer sense of place.

It took about five years for the vineyards to adapt to this new method. “As soon as I realized the wine was expressing more, I thought we could be seen more in this way, rather than having perfect technical wines,” says Venerosi-Pesciolini.

Venerosi-Pesciolini is also working on a new line of amphora wines, Mimesi, which will include a Sangiovese from Terra de Pisa DOC and a Vermentino from Costa Toscana IGT. The amphorae are made from cocciopesto—a building material made of small tiles broken into many pieces, which was often used in ancient Rome and produced nearby the estate—which creates finessed, elegant structures in the wines. These wines are expected to be available in the US in early 2023.

But perhaps the most important tradition that lies at the heart of Tenuta di Ghizzano is the respect for land and the family that worked so hard to keep the countryside alive. The Venerosi-Pesciolini family are “noble of arms”, meaning they were known for bravery in battle, which explains why this land was only a part-time passion for her ancestors. Venerosi-Pesciolini is the first of her family to work full-time at the estate, and her dedication shows in the quality of her wines and ongoing commitment to bring 21st-century consumers the authenticity of Tenuta di Ghizzano.