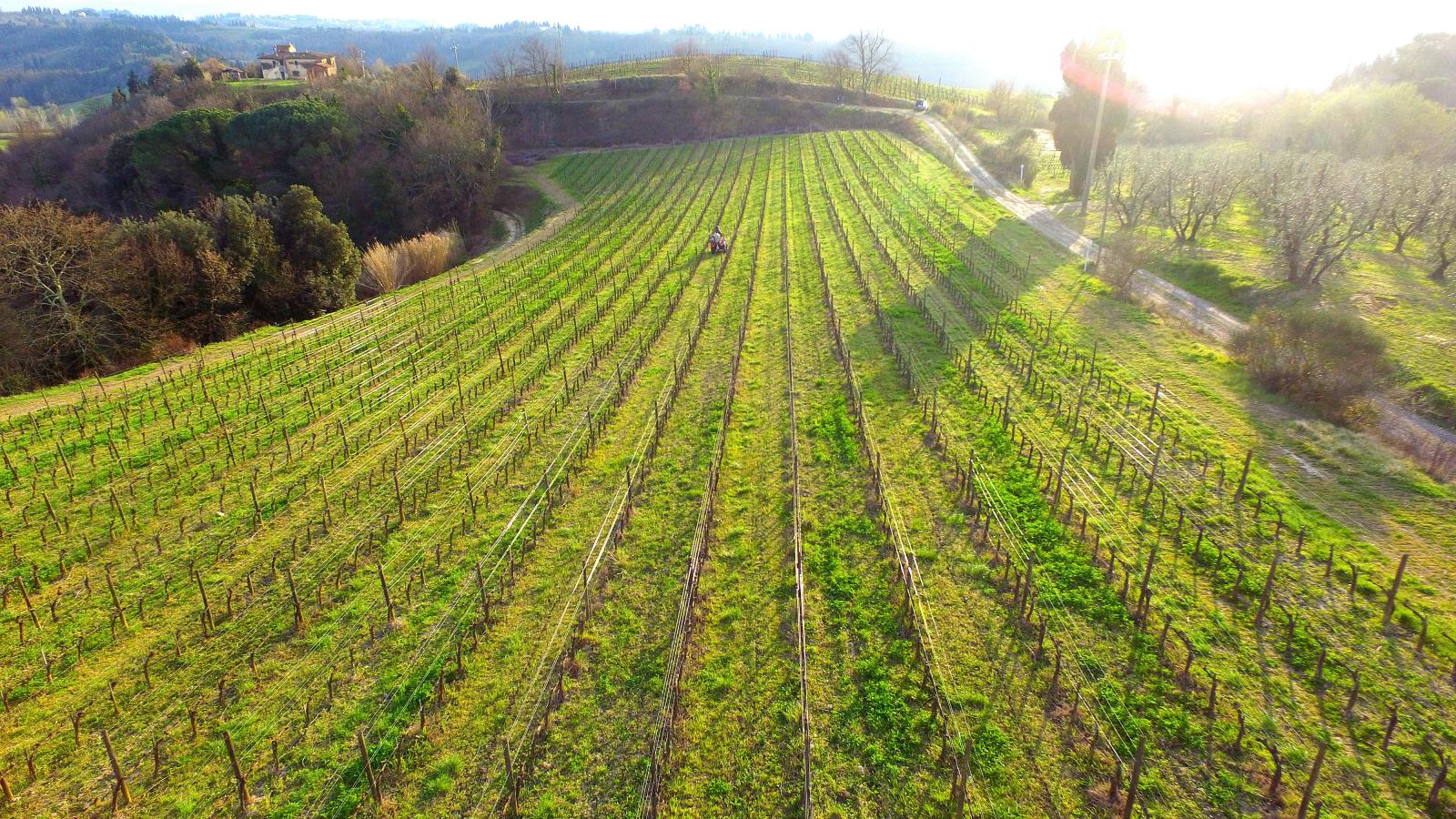 If you are a lover of the red wines of Tuscany, you certainly know the best-known locales where these wines are produced. Montalcino, in southern Tuscany, is the home of Brunello di Montalcino, one of the country’s longest-lived red wines. Montepulciano in the eastern reaches of the region gives us Vino Nobile di Montepulciano. Between Florence and Siena, Chianti Classico has been a world-famous wine zone for three centuries, and for the past 30-40 years, Bolgheri, near the coast in the northwestern sector to Tuscany, has become celebrated for its glorious reds primarily made from Bordeaux varietals such as Cabernet Sauvignon, Merlot, Cabernet Franc and Petit Verdot.

These are the Tuscan reds that capture the imagination of most critics and consumers, but there are reds - and whites - from other zones in Tuscany that are impressive and deserve to be better known; this list includes Carmignano, north of Florence; Scansano in the Maremma in southwestern Tuscany, and finally areas in the province of Pisa, west of Florence.

Until 20 or so years ago, the best-known wine from this last area was Chianti Colline Pisane (”the hills of Pisa”), and it was always a pleasant, easy to drink Chianti that was agreeable, yet too often lacked depth of fruit or the structure to age. The wine certainly did not have the recognition of Chianti Classico, so it was destined to be something of a trivial quirk, a wine that was consumed by the locals, but rarely anywhere outside the zone.

At Tenuta di Ghizzano in the town of Piccioli, Countess Ginevra Venerosi Pesciolini, 26th generation of the family that has been at the helm of this estate, realized that her land was better suited to more complex, ageworthy wines than the basic Chianti Colline Pisane, and over the past 25 years she has helped create several new red and white wines that have helped put Tenuta di Ghizzano on the viticultural map.

Pesciolini, who until recently did produce a Chianti Colline Pesane, changed gears a few years ago, preferring to craft a portfolio of wines that combined both local indigenous varietals (Sangiovese) with international ones, such as Cabernet Sauvignon, Merlot and Petit Verdot for the red wines, with Vermentino and Trebbiano for her whites.

First, as to the reason why she stopped labeling one of her wines as Chianti Colline Pisane - her Ghizzano rosso, produced from 95% Sangiovese and 5% Merlot could still be labeled that way - she comments that “even people that still produce Chianti here label the wine as simple Chianti and not Chianti Colline Pisane. This appellation is almost dead in a way because the market told us that this wine you put in the market is not good enough. That was the reputation, it was a wine for quantity.” She labels her Ghizzano red, a lovely medium-bodied red that oozes Tuscan character, as an IGT Costa Toscana.

Tenuta di Ghizzano is a little less than 19 miles from the Tyrrhenian Sea, with plantings situated at 100 meters above sea level; soils here are marine with numerous fossils that “give a calcaire (limestone) component to the ground together with clay and sand,” in Pesciolini’s words. “We have breezes because we have these little hills that break the heat from the sea, which gives our Sangiovese more aromas and acidity.”

Here two most famous red wines are Veneroso - a derivation of the family name - and Nambrot, which was the first name of the founder of the family. The former wine is 70% Sangiovese with 30% Cabernet Sauvignon; first produced in 1985, this has become the signature wine of the estate. Nambrot, a blend of Merlot, Cabernet Franc and Petit Verdot, is clearly styled more in an international fashion, but still retains notable Tuscan character.

More than a decade ago, Pesciolini knew she needed to realize better wines, so she started making changes in the vineyards. “It was a path toward organic viticulture and ultimately biodynamic viticulture. This choice was realizing after the kind of agriculture we were doing, the conventional agriculture was not giving great crops and was not expressing a lot the fruit of the land.

“So my efforts these less 15 years were to rebuild the soil and to try to respect more of the plants and the soils and not using many things to hide or better something that I wanted to demonstrate is good in itself.

“Now I have 45 acres in vine. Everything is in the estate, but part of the vineyards are in olive groves or in the wood, so the biodiversity is there. In a way it was easier to obtain a result of a natural agriculture even before becoming biodynamic. Even when I started to be organic agriculture, I wanted it to be in a natural way, so I didn’t buy the organic products; I tried to make my own crops, using seeds in the vineyards and other crops I was cultivating, making my own copper and taking the sulfur from the mine.”

Her work has paid off, and in a little more than a year, she will release two new wines - a white (100% Vermentino) and a red (100% Sangiovese) under the label MIMESI; these wines will be the latest evidence of Pesciolini’s efforts at her estate. Summing up her philosophy behind these new wines as well as her overall work, she comments: “More and more, people need the truth. My selling points is that my wines are biodynamic certified, and through the truth I try really to bring you an area in Tuscany you may not know, but I’m sure you will appreciate for its minerality and sapidity in all its wines.

“This is ambitious, but I try and find the right people to help me give the right voice to another area in Tuscany that is in a way, hidden. We’ve hidden ourselves behind IGT Tuscany. Instead if you come here, you realize that it’s worth coming, not only for the wine, but also you realize that the wines are not simple.”

Il Ghizzano Rosso 2019 (IGT Costa Toscana) - 95% Sangiovese, 5% Merlot. Bright ruby red; appealing aromas of cranberry, blueberry and notes of purple orchid. Medium-bodied, this has very good freshness, tart acidity, moderate tannins and a round finish with good persistence. Offering a nice sense of charm, this is instantly approachable and can be enjoyed (perhaps even with a light chill) over the next 2-4 years with a wide range of foods, from lighter pastas, to duck breast and veal medallions. (91)

Venoroso 2016 (Terre di Pisa DOC) - A blend of 70% Sangiovese, 30% Cabernet Sauvignon. Bright ruby red; aromas of black cherry, black plum, thyme and a hint of clove. Medium-full, with excellent ripeness, impressive persistence, very good acidity and well-integrated wood notes. Impressive harmony and lovely Tuscan character, this is approachable now if paired with a rich pasta or a steak, but it will improve for another 5-7 years, perhaps longer. (93)

Nambrot 2017 (Costa Toscana IGT) - A blend of 60% Merlot, 20% Cabernet Franc, and 20%. Petit Verdot. Deep ruby red/light purple; aromas of myrtle, black plum and clove. Medium-full with ripe, forward fruit, good acidity, medium-weight tannins, and good persistence. Give this a few years to settle down; enjoy in 4-6 years, with peak a few years after that. (92)