The Courage To Wait For A Balanced Wine 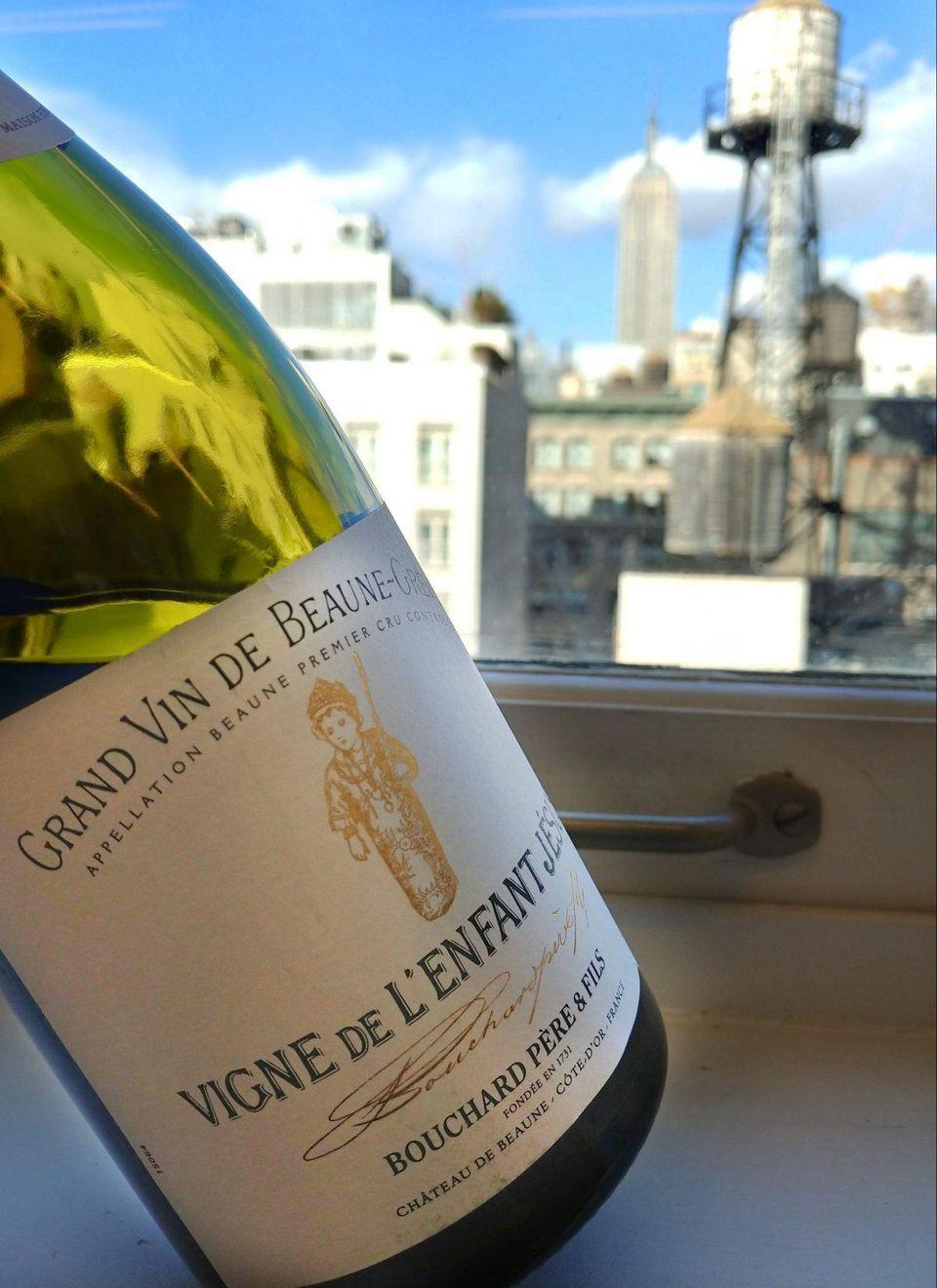 The 2017 vintage was a tough one for the famous Côte-d'Or region of Burgundy, France. According to Frédéric Weber, cellar master for Bouchard Père & Fils, it was the first time that there was no impact from frost “since 2011” and near the time of harvest they had “hot temperatures around 35-36C [95-97F].”  Due to this heat wave, it was tempting for Frédéric to harvest early, yet from experience he knew he needed patience as the pips and skins of the grapes were not yet ripe. Luckily, he was rewarded with rain and significantly cooler weather at the end of August that refreshed the vines as well as the longer hang time that brought a balanced maturity to the grapes that made the wines “pleasurable” to taste, even immediately after vinification. It was a great lesson in finding the courage to wait for balance, not only in regards to making wine but also in a person’s life.

Bouchard Père & Fils was founded in 1731 and is not only one of Burgundy’s oldest wine houses but it is one of the largest landowners in the Côte-d'Or with 30 Grand Cru and 183 Premier Cru vineyards. Their Beaune Grèves Premier Cru ‘Vigne de L'Enfant Jésus’, nicknamed Baby Jesus, is sought out by Burgundy wine connoisseurs as a wine that gives depth of expression as well as a capacity for long aging. Their cellar master, Frédéric, knows each of the plots like they were his own children because to be the cellar master for some of the most prized vineyards in the world, anything less would not be acceptable.

The 2017 vintage in the Côte-d'Or was a tough and extremely stressful one. Frédéric noted that the extremes of frost, heat waves and storms were peppered throughout the year – basically Bouchard Père & Fils faced most of the toughest climatic challenges from years past, all in one vintage. Frédéric said it was the type of vintage that tortured winemakers like him with crushing stress but that eventually gave joy in the winery with “soft tannins, lots of fruit and a high definition of terroir.” But, to the credit of Bouchard Père & Fils, to combat the weather they put tons of work into the vineyards creating shade for the grapes by using the leaves of the vines to shield the fruit yet making sure there was plenty of aeration to avoid disease.

It is interesting when a person hits mid-life and reflects on her youth and wonders, “What was the hurry?” In every generation, many young people feel that if they haven’t accomplished certain things by a particular age then they are a failure. But that sense of urgency during a time of life when no one really knows who they are or the realities of the outside world does not lead to a balanced life, just like it does not lead to a balanced wine.

One of Frédéric’s favorite aspects about the 2017 vintage is its unobstructed expression of place, a.k.a. terroir. As he was out with his team everyday in August tasting the grapes from a multitude of plots, he knew that, yes, the sugar was there for a balanced alcohol level, but if he didn’t give the skins, pips and stalks of the grape bunches a chance to mature, then each site would not be able to completely express itself. Frédéric likes to use a small percentage of whole cluster fermentation (when the grape bunches are kept whole rather than removing the grapes from the stem) but it is not possible in some vintages because of the risk of extracting green tannins. In 2017 he increased his whole cluster percentage to 15% in the Côte de Beaune and 30-50% in the Côte de Nuits.

Sometimes a young person is told to wear blinders to achieve ‘sugar’ in life – those things that immediately and obviously spell success to the outside world – but it is at the detriment of maturing his structure; later he may be incapable of not only expressing himself but even knowing himself. In the long run, it is worth it to allow the rest of the world to blast past him in the fast lane so he can find a true sense of self and his place in the world. And even if one gets it wrong during the first half of his life, there are always many more vintages to follow to find the courage to wait for balance.

Any wine that notes “Domaine” on the label comes from Bouchard’s own vineyards, and when that word is omitted from the title then the grapes were bought; these purchased grapes come from growers that have had a long relationship with Bouchard Père & Fils.  For the purchased grapes, note that Bouchard is extremely involved in the way the vineyards are maintained as well as harvested. Also, it is the Bouchard tradition to taste reds before whites, hence the order of the tasting notes below.

2017 Bouchard Père & Fils, Nuits-Saint-Georges, Côte de Nuits:Lush blackberry flavors with an underlying note of earth that had broad yet rounded tannins. Frédéric said, “classically, people think of Nuits-Saint-Georges as being masculine but I do not feel this way.” He pointed out that it was a matter of unlocking what is in the terroir by reaching a good maturity with the grapes as well as using whole clusters of grapes when one can, 30% of which was used in 2017.

2017 Bouchard Père & Fils, Beaune Clos de la Mousse Premier Cru, Côte de Beaune (Monople/Domaine): This is a monopole Premier Cru - a vineyard wholly controlled by a single winery – that has been owned by Bouchard Père & Fils since 1872 and the vineyard dates back to 1220. Sweet fruit that caressed the palate with a long, complex finish – a great wine.

2017 Bouchard Père & Fils, Volnay Les Caillerets Premier Cru, Côte de Beaune (Domaine): Les Caillerets is the old french word for ‘limestone’. The old saying is if you don’t know Caillerets than you don’t know Volnay. A pretty nose with good energy and the palate was laced with limestone notes and finesse on the finish.

2017 Bouchard Père & Fils, Échezeaux Grand Cru, Côte de Nuits: Ripe, intense nose with round, generous texture that had hints of tarragon and raspberries and was shocking in its generosity and sense of place, as Échezeaux usually takes a while to show itself.

2017 Bouchard Père & Fils, Meursault ‘Les Clous’, Côte de Beaune (Domaine): Delicious with marzipan and golden apple with plenty of flesh, yet for a Meursault, it has an unexpectedly nice citrus zing.

2017 Bouchard Père & Fils, Chevalier-Montrachet Grand Cru, Côte de Beaune (Domaine): The Grand Cru Chevalier-Montrachet is broken up into four different terraces with Bouchard Père & Fils being the only producer that own vineyards in each terrace. This wine impressed with saline minerality and blood orange flavors that had an intense focus from its elegant, linear shape and had toe-tingling electricity on the finish.