Bursting the bubble – meet the female winemakers who popped the patriarchy 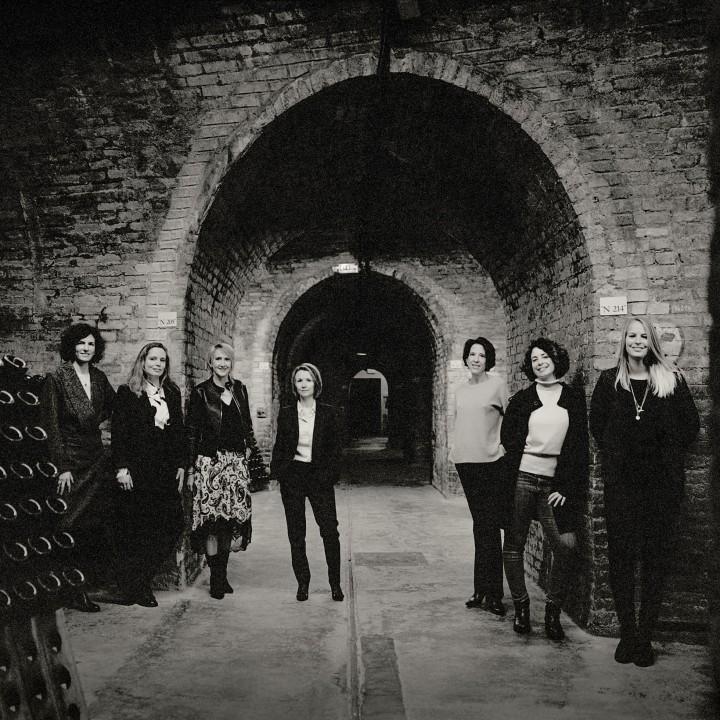 When Julie Cavil arrived in Champagne aged 28, with a husband and a newborn baby in tow, she was “not very well received”. “People said, ‘You’re a woman, too old, a mother, from the wrong background,’” recalls the former advertising executive of her ambitions to become a winemaker. “But that resistance just made me more determined to achieve.” Last year, almost two decades on, Cavil became the first woman to be appointed cellar master at Krug – one of the top winemaking jobs in champagne. She’d been part of the team since 2006, so it was hardly a bolt from the blue. But her femaleness, if the news coverage was anything to go by, was still something of a surprise.  Champagne likes to tout its famous historical women when convenient – see the effervescent Lily Bollinger, who was head of the champagne house from 1941 to 1971, or the entrepreneurial Madame “Veuve” Clicquot, who took over the business aged 27 when her husband died in 1805. But, in reality, women are still remarkably under-represented in the upper echelons of champagne – particularly in more senior winemaking roles. The CIVC (which controls the production, distribution and promotion of the wines of Champagne) estimates that about 10 per cent of cellar-master jobs are held by women.

Changes are afoot. Both Perrier-Jouët and Champagne Henriot recently appointed female cellar masters for the first time. Perrier-Jouët’s hire was Séverine Frerson, a 43-year-old who’d previously held the same role at Piper-Heidsieck. Champagne Henriot’s was 31-year-old Alice Tétienne, a talented young oenologist formerly of Nicolas Feuillatte and Krug. “Diversity is important,” says Tétienne, unruffled by the attention, “but diversity of personality [in a winemaking team] is much more important than gender.” It’s a sentiment echoed at Krug: “Here it is about contrasting different textures, flavours – we need individuality,” says Cavil, who heads a six‑strong winemaking team that’s half women, half men. “We ask our growers to cultivate differences in their grapes and terroir, and everyone on the winemaking and tasting committee has very strong personalities too. Every one of us brings something to the final decision.”

More women are taking up the managerial reins too. Two high-profile successions in recent times have been the appointment of Vitalie Taittinger as president of Champagne Taittinger and Alice Paillard as CEO/owner of Champagne Bruno Paillard. “You can refer to me as manager, or owner, or owner-manager, or CEO if you wish – although that is a very ‘business-driven’ term for a small maison!” laughs Paillard, omitting to mention the hands-on part she plays in blending each cuvée.

Women’s contribution to champagne has often gone unacknowledged. La Transmission is an organisation that aims to make it more visible. Co-founded by Anne Malassagne, co-owner of the family-run house AR Lenoble, and Krug’s president and CEO Maggie Henriquez, this nine-strong, all-female collective aims to show “a new face” of champagne to the world, organising tastings and events (open to all, however they identify), and creating a forum for women in the industry. “When you consider that 70 per cent of champagne is bought by women, we should have more women leading its future,” says Henriquez.

La Transmission’s membership encompasses houses of all shapes and sizes: at one end of the spectrum is Delphine Cazals, owner/director of Claude Cazals, a tiny grower with just nine hectares in the heart of the Côte des Blancs; at the other, the aforementioned leaders of blue‑chip brands such as Taittinger and Krug.

Some members, like 30-year-old Charline Drappier, now co-owner and commercial director of Champagne Drappier, say they always anticipated a career in wine. Others had it thrust upon them. Anne Malassagne was working as a financial controller at L’Oréal when her father fell ill, forcing her to take control of the family business, with her brother, at the age of 28. “I had no experience in winemaking,” she recalls. “The first 10 years at Lenoble were so tough – I had to fight to convince others of my credibility.” Today, aged 55, she presides over one of Champagne’s most respected small houses. But the memory of that time still smarts: “This is one of the reasons I wanted to establish La Transmission – in order to share my experiences. I knew I was not the only one.”

Mélanie Tarlant is the first woman to run her family business in 12 generations. But, as the 40-year-old co-owner of Champagne Tarlant is quick to point out, women have always been part of it, behind the scenes. “My mother worked with my father for 40 years, my grandmother worked in the vineyards – I learned everything from her. My great-grandmother, like many women, kept the vineyards going during the second world war. But no one was talking about my mother or grandmother – nobody was saying a word about what they were doing.”

It was, perhaps, precisely because of her outsider status that the former filmmaker spotted the opportunity to tell a different kind of story when she joined Tarlant; she was one of the first growers to embrace blogging and social media, building up a picture of life in a vineyard by turns raw and beautiful that was far removed from the world of glossy grandes marques. “I needed to show that my wines are not only a score on a guide,” she says, “I wanted to share the little details, the stories, and get our feelings across: not just the pretty pictures of lamps in the frozen vineyards, but the hard moments too. It’s raining, the vines are destroyed and we’re crying. It gave me and my brother the opportunity to speak for ourselves.”

That maverick spirit shows in Tarlant’s winemaking too. Its latest project, Argilité, is vinified in Georgian clay qvevri buried in the ground – a first for Champagne, as far as I’m aware. “Being experimental is a family trait,” says Tarlant with a grin. Proof you can be a disruptor, and still stay true to your roots.