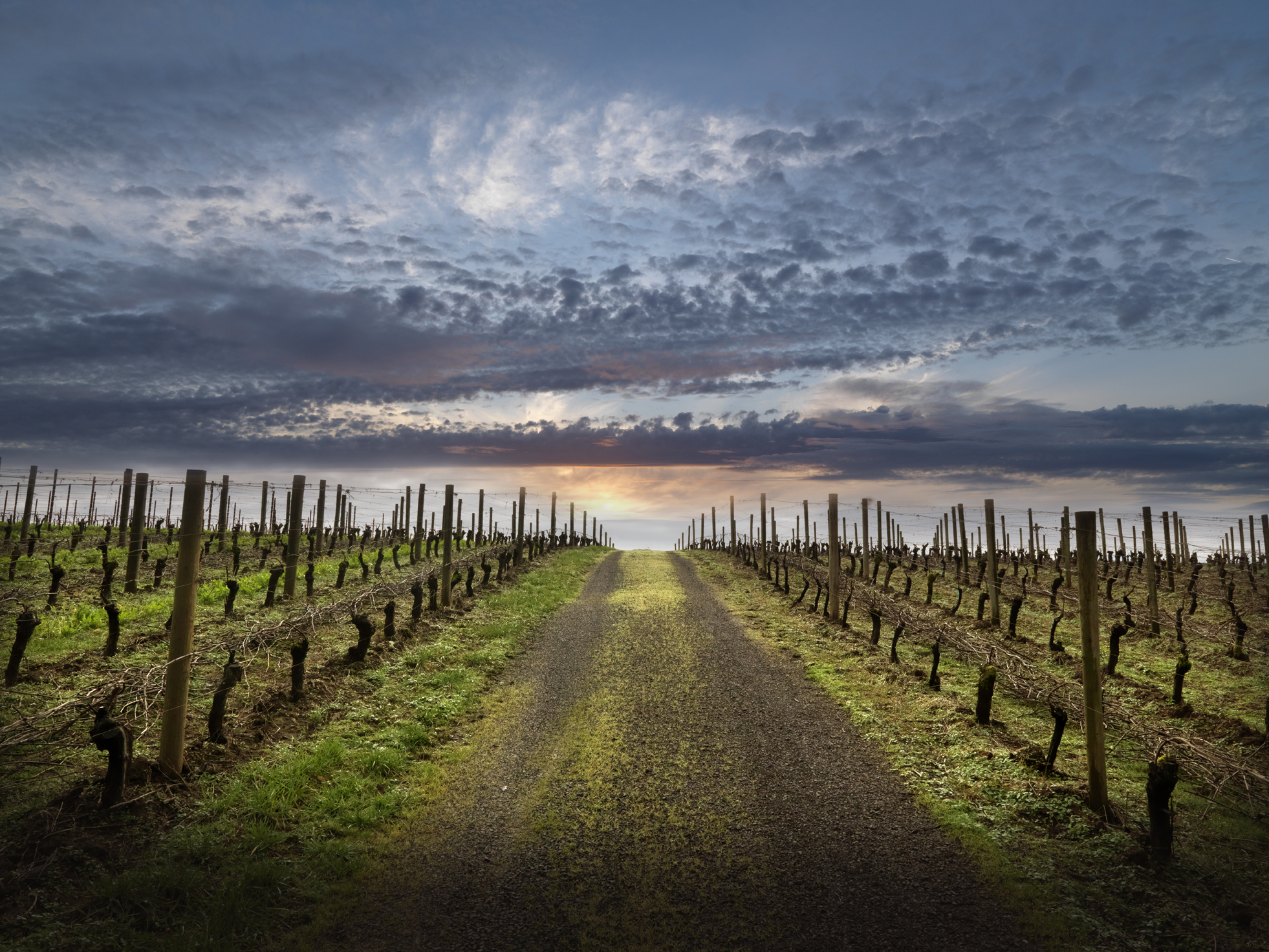 Beaux Frères is one of the earliest and now leading wineries in Oregon, founded by Michael G. Etzel, and brother-in-law (“Beaux Frères” in French) wine critic Robert M. Parker Jr in 1986. Since their first vintage in 1991, the Beaux Frères philosophy remains the same; to produce a world-class Pinot Noir from small, well-balanced yields and ripe, healthy fruit that represent the essence of the vineyard. In 2017, Maisons & Domaines Henriot embarked on a partnership with Michael Etzel acquiring Beaux Frères.

In the summer of 1986, my young family and I began on a journey that, in our wildest optimism, we never thought Beaux Frères and our Oregon wine region would be on the center stage with the fine wine industry. I believe our success is a lesson for anyone with a dream: follow your heart.

While on vacation in 1986, Michael Etzel came upon an 88-acre pig farm for sale located on Ribbon Ridge in the Northern Willamette Valley, Yamhill County, Oregon. After some deliberation, Michael purchased the farm with his brother-in-law (the French idiom is "beaux frères"), Robert Parker, Jr.

Michael uprooted his young family from Colorado and moved to the farm the following summer. He began his focused pursuit as a vineyard manager by planting only Pinot Noir and slowly transforming the old pig and dairy farm into his jewel. While planting his own vineyard, Michael worked four harvests at Ponzi Winery. In 1990, Michael harvested his first crop and sold the grapes, except enough to make one barrel, to winemakers Ken Wright and Dick Ponzi.

In 1991, a renovation of one of the barns led to the creation of Beaux Frères Winery. With each new vintage, Michael's efforts further unveil his pursuit of Pinot Noir that is the purest expression of the vineyard.

“We aim to preserve the character of our terroir, the personality of the vintage, and the quality of the wine. It’s in this process that we truly capture the essence of the vineyard.”

Mikey Etzel’s tenure at Beaux Frères began in 1994 when he and his two brothers sought to acquire the recently debuted Nintendo NES game console. Their father advised them that if they truly wanted it, they would have to work for it. That summer they pulled suckers from the vines by hand for $4 an hour until they had saved enough. This strenuous initiation would prove to be an asset to Mikey’s work ethic in the formative years that followed.

A deeper interest in wine developed soon after, when his uncle Robert Parker pulled a few strings to connect him with an internship in Spain during his freshman year of college. The exposure he gained while working in Rioja deepened his burgeoning appreciation for the world of wine. That appreciation convinced him to devote himself entirely to the pursuit of a life in wine.

Upon his return in 2006 to Oregon State University, he solidified his calling by enrolling in the newly formed School of Enology and Viticulture, and graduated swiftly thereafter in 2008.  Following graduation, Mike joined Willakenzie Estate as the Assistant Vineyard Manager. Under the tutelage of Daniel Fey, who ran the 130-acre vineyard, Mikey was inspired by the leadership required to achieve a similar level of quality to that of The Beaux Frères Vineyard.

The following year, Mikey and his older brother, Jared, founded a small-batch production project called Coattails. The name served as a ‘shout out’ to the vast collection of individuals that had helped them along in their journey as winemakers.

Mikey moved on to fellow Ribbon Ridge AVA winery Brick House Vineyards in 2011, where he managed a 20-acre biodynamic vineyard. Where he became increasingly holistic in his approach to farming.

Just two years later, he was approached with an offer to become the winemaker for a startup operation called Chapter 24 Vineyards. The project was guided by a protégé of Winemaker Henri Jayer from Vosne Romanée. The position proved to be a unique challenge, placing him directly in charge of a 12,000-case production that sourced grapes from across the entire Willamette Valley.

In 2015, Mikey and his father agreed the time had come for them to make an earnest attempt at working together. Mikey joined the Beaux Frères team first as Vineyard Manager and Winemaker for his father's new boutique production and private estate vineyard project called Sequitur. Soon, father and son discovered a unique yet dynamic working relationship with Mikey being named head Winemaker and Viticulturalist in the 2016 vintage. His primary focus now is to carry forward the family tradition of making terroir-driven wines.

Several years back, Beaux Frères began exploring the ideals of biodynamic farming. Avoiding commercial sprays in favor of gentle tonics like dandelion and stinging nettle tea lead the way to a symbiotic relationship with our landscape. Also focusing on composting on-site, grafting their own cuttings, and taking great care to observe and connect with the vines regularly.